SANAA for the win... sorry Holl 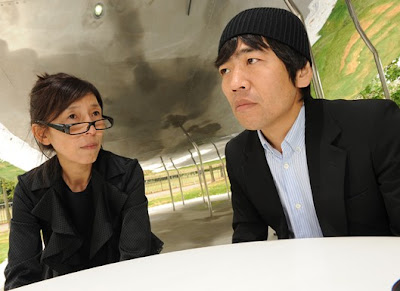 Architects Kazuyo Sejima & Ryue Nishizawa of Japan have become the 2010 Pritzker Architecture Prize Laureates. The couple's practice, SANAA is often associated with such international projects such as the the Kunstline Theatre + Cultural Centre in the Netherlands and the Rolex Learning Centre in Lausanne, Switzerland. Perhaps their most recognisable work is the glass pavilion at the Toledo Museum of Art, with it's refined composition of lightness and transparency physically mirroring the context and inviting the viewer within. Sejima and Nishizawa are the second duo to be awarded the Pritzker and the 3rd 4th award for Japan (previously Ando, Tange & Maki).

The Pritzker Architecture Prize is the highest professional honour, bestowed on a living architect and represents an accolade of a body of work and it's contribution to the field of architecture.
see the media kit photos here
Posted by mad architect at 11:40 AM