leaving on a jet plane (x2)

heading to Atlanta next week and then to Barbados - there might be some blips with the posting but I'll do my best to find something nifty to post.

-dc/mad
Posted by mad architect at 7:25 PM No comments:

The Peepshow Pavilion design competition is part of the annual Artcity celebration held in Calgary, Alberta, taking place this year from September 8-17, 2006.

Artcity is a celebration of contemporary visual art, architecture and design, held every September in Calgary. Artcity opens possibilities for conversations, debates and realizations about how and what artists, architects and designers do and how they see and shape the world around us. By programming underused, neglected and temporary spaces, the festival enters into environments where the public live and work, reshaping and redefining Calgary's everyday landscape.

more on archiseek
Posted by mad architect at 11:37 AM No comments:

2006 Governor General’s Medals in Architecture
Posted by mad architect at 12:36 PM No comments: 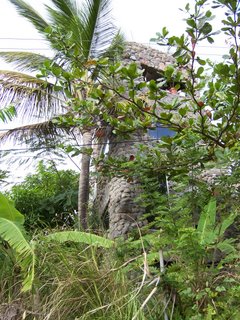 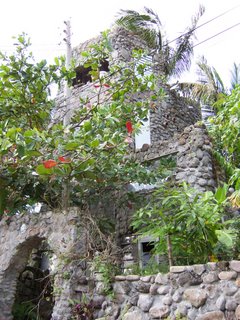 in honour of the 20th May eruption, a house made entirely of volcanic rock, in Montserrat...note the almond tree growing from its bearthe.
Posted by mad architect at 4:18 PM No comments:

its kinda crap - but hey its a friday lighten up
Posted by mad architect at 9:08 AM No comments:

He's the son of internationally-known architect Alvaro Siza
Posted by mad architect at 9:11 AM 1 comment: 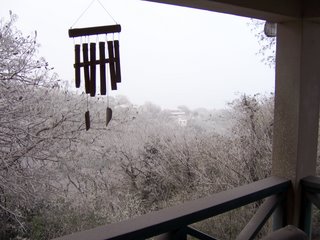 apologies everyone on the sporadic posts. Saturday morning the volcano went off (or is it on?) as well I've been hanging out with the...see below. Here's a few pics to soothe you over. 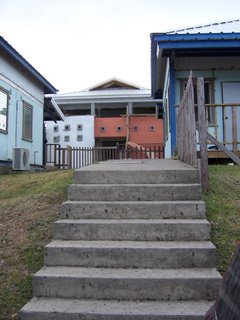 Posted by mad architect at 8:35 AM No comments: 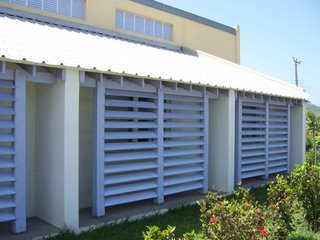 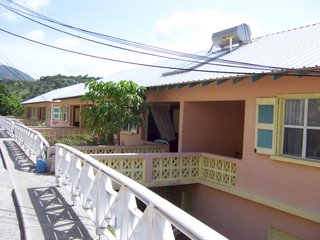 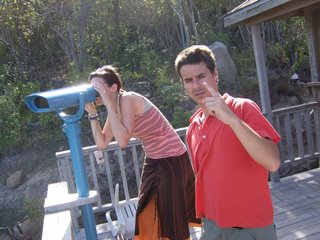 I was busy...will blog later
Posted by mad architect at 9:00 AM No comments:

via archinect
Posted by mad architect at 5:51 PM No comments:

75% of the world's cork may be lost within the next ten years, so reports WWF as more and more wines are now using screw-tops and synthetic cork.

Cork traditionally sourced from the Mediterranean is a regenerative harvest, that asside from providing numerous jobs, also maintains many forests of trees that equally protects much wildlife.

So I'll be doing my part this weekend by consuming large volumes of corked wine...eco swigging.

via treehugger
Posted by mad architect at 12:51 PM 1 comment:

the architects are coming...

Playing host to a young couple at the office, one has just completed
his M.Arch at the Miami University NOT in Florida, the other is doing
architectural graduate studies in "International Cooperation."

my mistake guys...too wasted to blog

From the loins of Rem Koolhaas

it all began with OMA
Posted by mad architect at 7:15 AM No comments:

everyone wants to be King...especially the Prince

This is being posted everywhere, so why not join the fray. The NY office of OMA - the mega scaled cultural urban poet aka architects, for such projects as the recently completed Seattle Public Library have officially split from their host, run by none other than Rem Koolhaas (cool-ass??). Joshua Prince-Ramus the brain child of the NY-OMA has managed to gobble up the entire practice of 35, including practice partner Erez Ella. 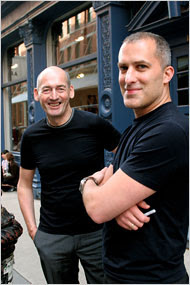 Check the cunning smile, as he plans to take over ala Brutus stabbing Ceaser

Oddly the link to the new practice REX-NY leads you to the old NY-OMA page
Posted by mad architect at 6:54 AM No comments: 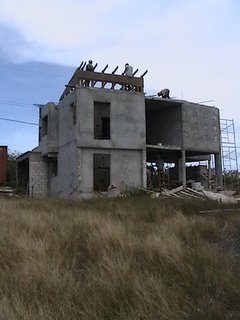 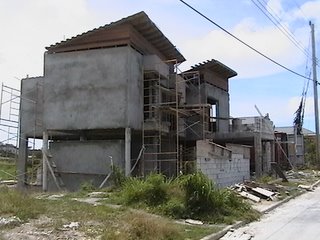 Israel Mapp has sent some construction photographs of the Pavillion House in Barbados.
Posted by mad architect at 8:50 AM No comments:

Canadian Designer Bruce Mau's Incomplete Manifesto, also take a look at the Institute Without Boundaries
Posted by mad architect at 4:46 PM No comments: 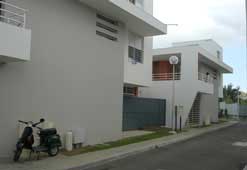 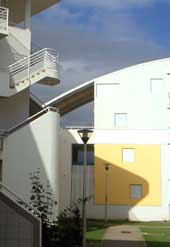 Some Modernist housing in the French West Indies
Posted by mad architect at 5:06 AM No comments:

10 most effective ways to conserve nature and improve our quality of life:

1. Reduce home energy use by 10%
2. Choose an energy-efficient home & appliances
3. Don't use pesticides
4. Eat meat-free meals one day a week
5. Buy locally grown and produced food
6. Choose a fuel-efficient vehicle
7. Walk, bike, carpool or take transit
8. Choose a home close to work or school
9. Support alternative transportation
10.Learn more and share with others
Posted by mad architect at 8:48 AM 1 comment: 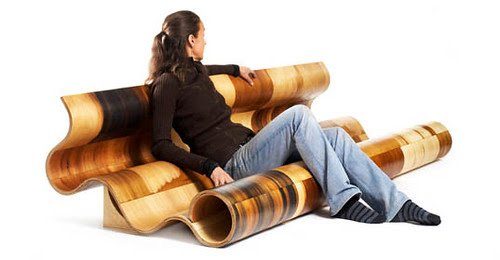 This we like, a chair-screen by Aswoon made of bentwood.

via inhabitat
Posted by mad architect at 6:21 AM No comments: 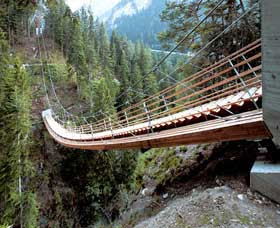 Replacing a traditional rope bridge destroyed by a rock fall in Switzerland, two engineers could only find two points where there would be no risk of rock falls. The solution, suspended a straircase-bridge that spans a distance of 56m over a 70m deep gorge.
Posted by mad architect at 12:09 PM No comments: 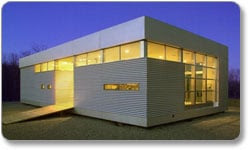 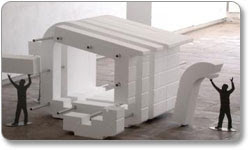 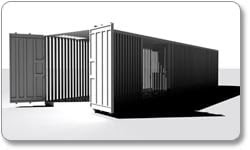 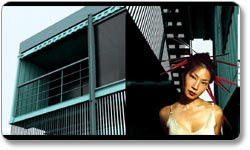 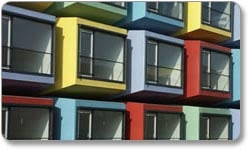 Living Box, prefabricated living unit competition + so much more.
Posted by mad architect at 6:07 AM No comments: 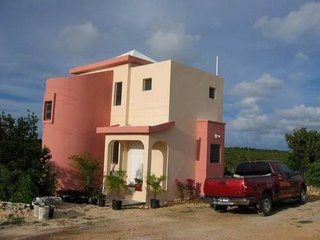 A former school mate just sent me a picture of his "bachelor pad" in Anguilla, West Indies. More images to come.
Posted by mad architect at 9:21 AM No comments:

Building Design features a housing development in Cambridge by Feilden Clegg Bradley collaborating with Alison Brooks and Maccreanor Lavington to produce a range of styles yet reflecting a collective identity. 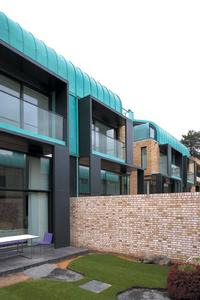 White Noise, a 2005 movie stars Michael Keaton, as an architect trying to contact his dead wife.

I was flicking through the channels and saw what looked like a familiar office scene...folks dressed rather distinctly in black and greys, the Leinz folders, rolls of drawings everywhere and CAD/graphics on every computer screen. A little interested I watched a little more, open thread stairs, Modern balustrades usually not favoured by most offices nor most Interior Architects (no offense...just a general observation). Hmm they must be architects...I wonder. The scene flashes outside of the office, looking on and I see the entrance door I can't make out the text but the level of detail on an otherwise simple door gave it all away, "yes they are architects!" And then I recalled that I am addicted. Sad sad architect...aint it great!!
Posted by mad architect at 3:46 PM 2 comments:

Announcing the Stratford Market Square Design Competition. Professional designers, architects and planners have been invited to prepare urban design proposals for the Market Square site. The objectives of the design competition is to stimulate imaginative architectural and urban design proposals that respond to the Stratford Market Square's context, constraints and opportunities; to achieve design excellence and to improve the downtown core of the City of Stratford.

"The community clearly sees the Market Square as our space – a special place for the people of Stratford... [it] has the potential to become the dynamic heart of the city – a public focal point that invites residents and visitors to enjoy the beauty of City Hall and to linger, interact and attend gatherings in the downtown core"

from Archiseek
Posted by mad architect at 9:19 AM 1 comment:

via Moco Loco
Posted by mad architect at 7:18 AM No comments:

Full ethanol use by next year

Jamaica yesterday started promoting the benefits of ethanol, using 70 government motor vehicles as 'guinea pigs' in a six-month pilot project that it hopes will lead to full public acceptance and use of the fuel by mid-2007. This is a major step for a developing country aiming at energy self-sufficiency.
Posted by mad architect at 1:43 PM 1 comment:

Plastics to be recycled with Montserrat volcanic ash

UK company Plasroc will make roof tiles from the novel composite.
28 April 2006 – UK plastics recycling company Plasroc International has found a use for the millions of tonnes of volcanic ash covering Montserrat after the Caribbean island suffered a disastrous eruption seven years ago.

Plasroc has signed a 25-year contract with the government of Montserrat which will see the Halifax-based company using its own processing technology to blend recycled plastics with the volcanic ash on the island. Plasroc will then manufacture roof tiles from the composite which will be sold in the Caribbean region.

The company is investing £3-4m (E4-7m) in new recycling equipment for the factory in Montserrat. Production will start within the next four months.
Plasroc is planning to source 5,000-10,000tpa of waste plastics, to be derived from EPS packaging, fish boxes and polythene film wastes. This will be sorted and compounded in the UK before being shipped to the Montserrat factory.

The blending of the ash and polymer is not new as the Plasroc group have successfully produced similar products in its factory based in Donegal in Ireland. Slate dust from quarries has previously been used in the composite blend in its products.
Posted by mad architect at 10:23 AM No comments: