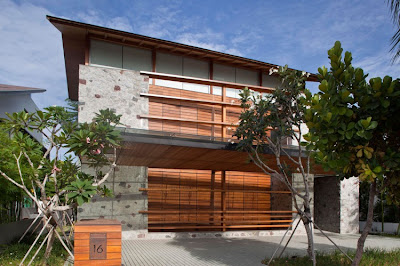 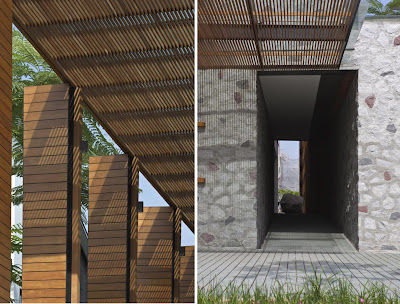 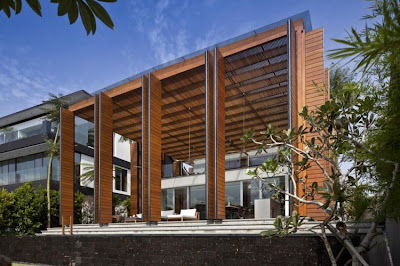 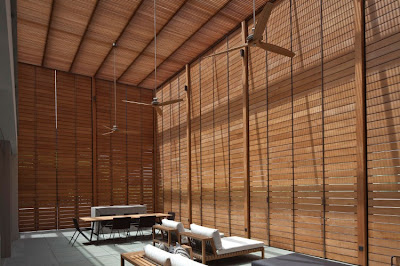 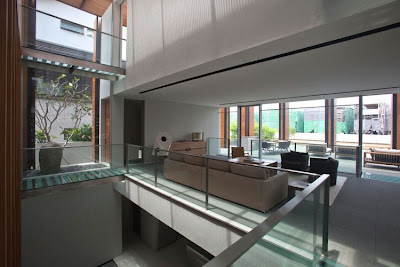 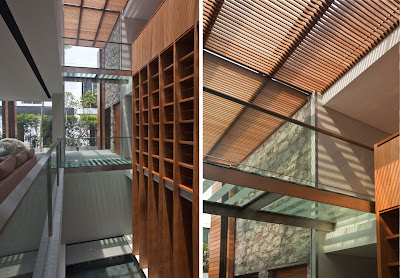 Located on Sentosa Island in Singapore the residence named by its siting along Cove Way, was designed by architects Bedmar & Shi. Two thick, heavy and rough stone walls define and ground the front entrance of the house under the dappled shadows created by the large over-hanging timber trellised canopy.


Recalling somewhat the stone walled buildings in his native Argentina, Ernesto Bedmar is able with this project to redefine and modernize his tropical language and spatial organization while still echoing traditions of craft of the region.

The sequence of circulation of the house, punctuated by full story voids, gradually reveal space after space, with dramatic transitions of light and shadow, and enclosure and release - opening the entire "sourthern" facade framing views of the marina.
Posted by mad architect at 7:30 AM