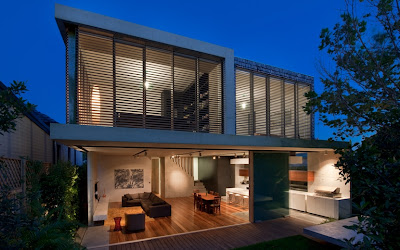 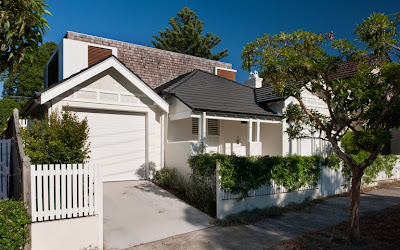 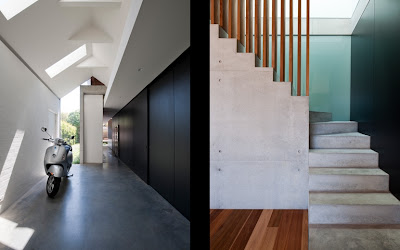 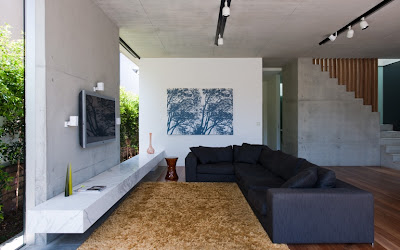 The concept for the Queens Park House was a room in the garden, the result created a house designed around openness where spaces would flow and extend from one to the other allowing for seamless interaction. Designed by MCK (Marsh Cashman Koolloos Architects) the facade responds to the context of modest suburban bungalows common in Sydney, Australia.

Continued effort to fill the gaps in the House of the Week list
Posted by mad architect at 12:05 PM

Second picture , is it a house with all those rooms? It doesnt look unusual from the front