And the winner is... Eduardo Souto de Moura 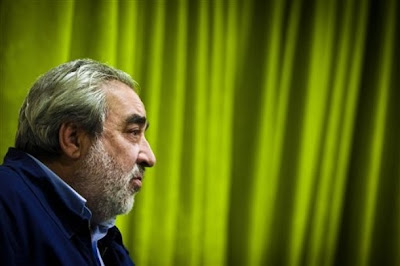 Portugese architect Eduardo Souto de Moura has become the 2011 Pritzker Architecture Prize Laureate. His practice is often associated with the conversion of the Santa Maria do Bouro Convent the Braga Football Stadium (Euro 2005) and more recently the Cinema House for Manoel de Oliveira. Perhaps his most recognisable work however is the 2009 Paula Rêgo Museum with it's distinct red stained truncated pyramidal roof forms. He joins his teacher and mentor Alvara Siza who was awarded in 1992 as the second Portguese architect to win the prize.

The Pritzker Architecture Prize is the highest professional honour, bestowed on
living architects whose built work demonstrates a combination of those qualities of talent, vision and committment, which has produced consistent and significant contributions to humanity and the built environment through the art of architecture.

more info about the prize and the architect's work

and for a laugh read a recent criticism of the Pritzker Prize
Posted by mad architect at 8:36 PM