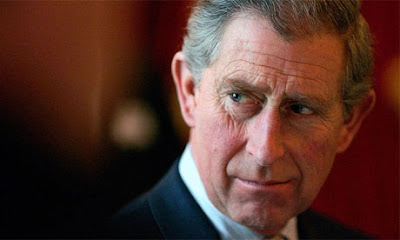 On the 12th May 2009, the Prince of Wales gave the key note speech for 175th anniversary of the Royal Institute of British Architects. In his words he aimed to lend support to, "traditional approaches to architecture and urbanism," but instead reopened a wound as equally damning as his 1984 speech that perhaps originally begun this style war or as I prefer to think of it, as the imposition of the natural progression of architecture to review, revise and express the emergent values of contemporary society.

Why is HRH Prince Charles hampering on the relatively small number of architects designing and building structural gymnastics when much of the United Kingdom and it's Commonwealth (expanding or otherwise) is littered with architecture that attempts to be historically iconographic? The question at my lips is if his motives are truly genuine to the practice, and as Jeremy Till states, the products of architecture or instead to preserve a lifestyle (the über affluent and blue blooded kind), that functions entirely on submission, order and the negation of independent thought.

The Prince has attempted to cloud his arguments behind a social and environmentally ethical shroud, creating a scenario of extremes, claiming support for "an architecture bound to place not to time." How unfortunate that at a point when architecture is redefining it's role in the face of a global financial and environmental crisis, that Brutus has chosen to stab us in the heart. HRH has called for a return to the good ol' days, and perhaps history has repeated itself.

more
Posted by mad architect at 9:47 AM